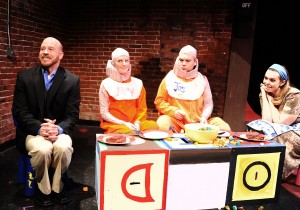 Mommy and Daddy have tried desperately to have a baby, but nothing has worked, not even high-tech in vitro fertilization. When Dr. Kaganda informs them that Mommy’s “degraded uterus” offers no chance of successful implantation for their two remaining frozen embryos, Mommy and Daddy have an epiphany: rather than discard their embryos, or donate them to another couple, they will take the little blastocysts home and care for them like children. All might be well, except that the embryos, Leggo and Eggo, have voracious appetites and uncanny abilities beyond their developmental stage. Simmering with resentment and unfulfilled ambition, the libidinous offspring soon get seriously out of hand. The poor would-be parents are faced with a choice: save their embryos from the world, or save the world from their embryos.

Premiered at Fresh Ink Theatre in 2012 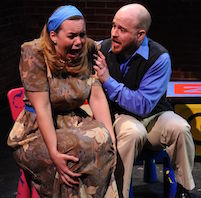 “Ginger Lazarus’ nugget of hilarity, The Embryos, offers a surrealist viewpoint on parenting that investigates topical politics as well as the extent of delusion only unconditional love enables…. One could be offended by the topics covered in Lazarus’ play but each is wrapped so thickly in a layering of satire that it would require an awfully thin skin. It is more likely that an audience member will hate themselves for laughing at inappropriately apt statements…. Even still, this production may inspire deep thinking about parenthood and the expectations we put on younger generations.” —New England Theatre Geek 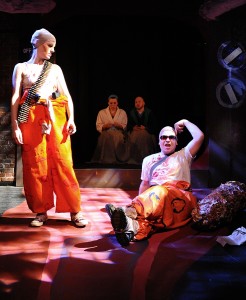 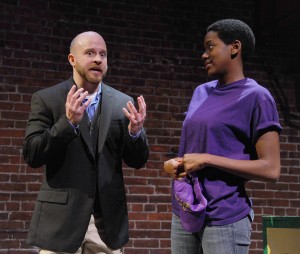