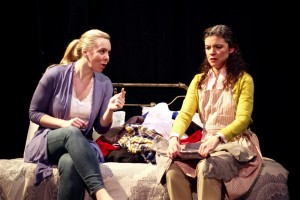 When Adelina takes a job as a housekeeper for widower Charlie Frey and his daughter Kaila, she is not surprised to meet Charlie’s dead wife, Carson. It’s happened to her before. But the chaos of the Frey household—Charlie’s denial, Kaila’s rebellion, and Carson’s secrets—may be more mess than Adelina can handle, especially as she struggles with her own family and ghosts from the past. Somehow, she must get the laundry done and help the Freys—and herself—move on.

Premiered at Fresh Ink Theatre in 2016 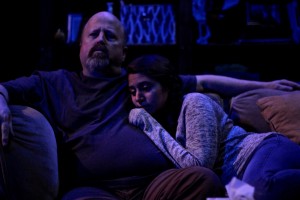 “The Housekeeper is a show about death, grief, and picking up broken pieces. It’s about looking for what you’ve lost and realizing it never existed or belonged to you, but finding yourself along the way.” —New England Theatre Geek

“In this often moving new play, even the dead are not immune to grief.” —Talkin’ Broadway