Last Saturday, Fresh Ink’s production of The Housekeeper closed after a terrific run. So many, many thanks to the cast, crew, FIT team, and everyone else who made it possible. And to the very gracious and engaged audiences who came and cried and said really nice things. Also, there were some reviews.

We had an especially wonderful performance and talkback on January 28, as part of our StageSource Night and Parity Party. Here’s a photo of the post-show discussion with our dramaturg Sara Brookner, me, and the cast:

Good times! But lest I catch up on my sleep too soon, within days of closing I’m off to New York for the first week of Burning, produced by Resonance Ensemble. We’re currently in previews–official opening is Sunday, February 7. Tickets available now! And be sure to also check out the exciting new production of Cyrano, which is playing in rep. Here’s a great feature about Resonance and their mission of revisiting and reinventing classic plays. And our amazing cast:

The Housekeeper Is Open 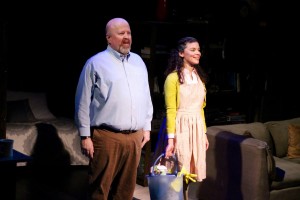 Dale J. Young as Charlie and Margarita Martinez as Adelina

Alexis Scheer as Kaila and Margarita Martinez as Adelina

The Housekeeper opened last weekend to full houses and great acclaim. Piles of gratitude to Fresh Ink Theatre, the cast, and the crew for their amazing, beautiful work. Two weekends to go, with talkbacks on January 21 and 28, and a special StageSource Night/Parity Party spectacular on January 23. Don’t miss it! Here’s all the info on how to get there.

And shout out to Fresh Ink AD Louise Hamill for the gorgeous tech week photos!

Posted in Uncategorized | Comments Off on The Housekeeper Is Open

Happy Birthday to Me!

I had a pretty awesome birthday celebration last week: cupcakes and champagne at rehearsal for Burning. 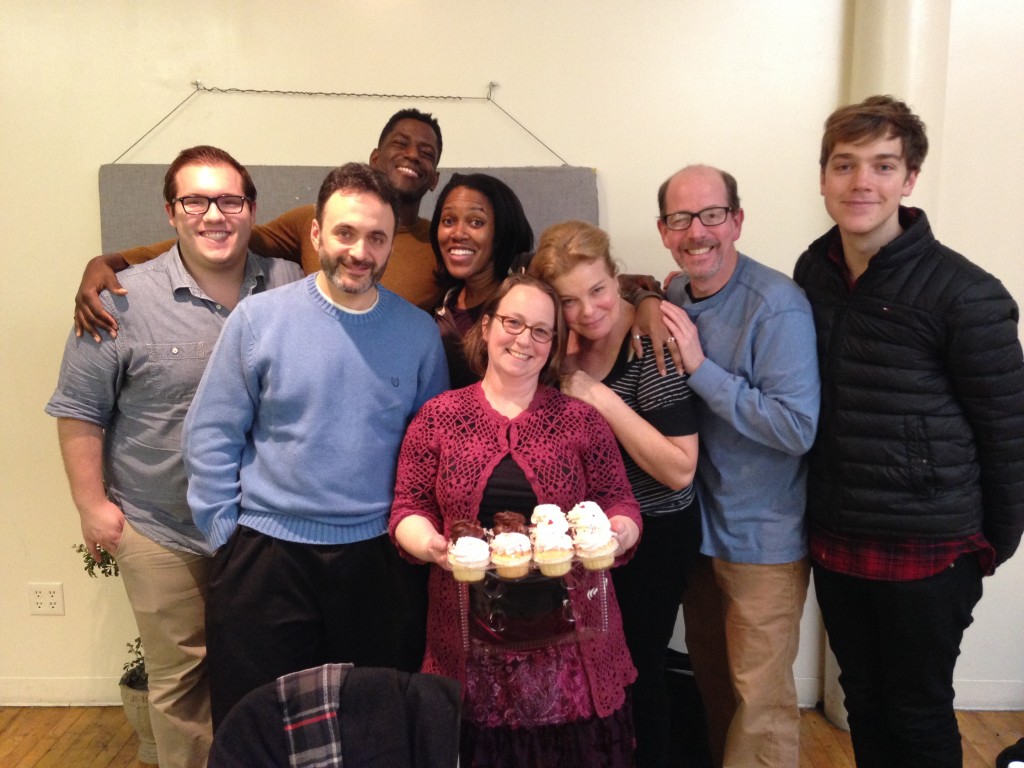 Spent much of school vacation week in New York working with this terrific group of folks. Now back in Boston, where Housekeeper team is back from break and going full steam ahead toward production week.